Eden’s Deliverance is the last book in Rhenna Morgan’s paranormal/fantasy Eden series.  I read the first book in the series a few weeks ago in preparation for this release, and I will definitely be going back to finish the two middle books very soon. The Story-

The prophecy about Eden is coming to a head, and a threat still looms large.  A human, Brenna, may be the key to Eden’s entire existence, and after everything she’s been through at the hands of Myren’s, she could certainly hold a grudge if she wanted.  Ludan has always been a protector, but his protection instincts are through the roof where Brenna is concerned.  The question seems like it will be: can she trust him even though she has been hurt, and can he give himself to her completely?

Notice how I said “the question seems to be”? Yeah, this book is NOTHING like I thought it would be.  And that is a good thing. It’s not like it would have been a bad book if it had gone the way you’d figure, but Morgan turned everything on its head and gave us what we didn’t even know we needed.  What is it with me lately and reading about strong, silent heroes that are simmering under the surface so tightly that you just can’t wait to see them let go?  Ludan embodies those things, and to see the tables turn and have Brenna saving him instead of being the damsel in distress is so refreshing and rewarding.

OMG, Morgan can write a sex scene.  I keep thinking that if she had written 50 shades instead of James, kindles would have spontaneously combusted from the heat instead of everyone wondering what an “inner goddess” was. I digress.  I don’t really read erotica, but if Rhenna Morgan wrote it, I would read it.  And it isn’t that the scenes are super explicit: they are just so smartly crafted with amazing sexual tension that is released in interesting and different ways.  Hot, hot, hot!!! Her characters are amazing; you can tell that she creates them first, then follows where they lead instead of forcing them into a prescribed story.

Read the first book in the series first to get an introduction to what Eden is and who the players are.  While there were a few things I missed by not yet reading the in-between books, it didn’t keep me from following this story at all. Last books in a series can be tough because of the wrap-up and let-down. Not this one.  You almost forget it is the last in the series until the last couple of chapters when you are like “oh, no! I won’t have any more Eden books to read!” I will be surprised if another in this series passes this one up in my esteem, but I cannot wait to find out. 5 stars 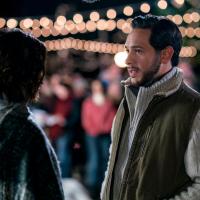 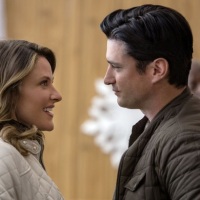