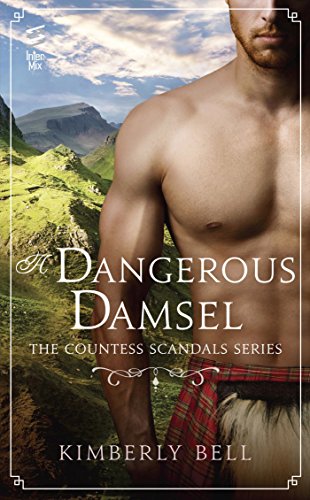 “A Dangerous Damsel” is the second book in Kimberly Bell’s Countess Scandals series, but works just fine as a standalone book.  Ms. Bell is a new author to me, but I always love to read new authors, especially those who write in the historic Scotland genre in hopes of finding books for my particular catnip.  This one did not disappoint.

Ewan has just been informed of his father’s death, which means he is the new laird.  Add to that the surprise of being robbed naked by a bewitching nymph, and he is having an odd day.  Deidre has always used her sexuality to deceive men, and it has worked very well for her until now.  She can no longer protect her brother from the seedy underworld that she has introduced him into.  When threatened by her former lover, she must rely on the man she just robbed and endangered. But, she must never forget her first rule: never trust anyone.

This is the most overtly sexual heroine I have read in historical romance, and I liked it.  It was just the change I needed after endless first timers and shocked blushing. There is a scene by the river that is some seriously brave writing for a heroine.  I also liked that her sexuality is never a source of embarrassment to her and isn’t really used as a plot conflict at all.  The hero, Ewan, is a big highlander, which is always fun, but doesn’t have near the intrigue of the heroine.  The plot was well-paced and fun with only a slight stall near the very end.  I was somewhat confused by the character of Rose and wonder if she will appear in future books.

Deidre is one of the best female romance characters I’ve read. I kept picturing her as Esmeralda in Disney’s “Hunchback of Notre Dame”, and I always wanted to be like her instead of short, cute and fair.  The rules that the siblings have set for themselves were great because the reader always knows that rules are made to be broken.  I liked many of the minor characters like Angus, Rose, and Darrow because they had so much more personality than you usually see.

This Highland historical sets itself apart because of its sassy heroine.  It was a quick read that I enjoyed, and I will be reading more from Ms. Bell.  This is totally worth it for fans of historicals, particularly the Scottish historical genre. 4 stars 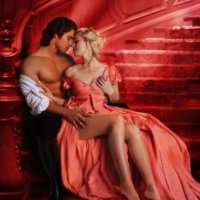 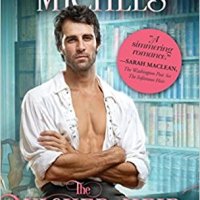