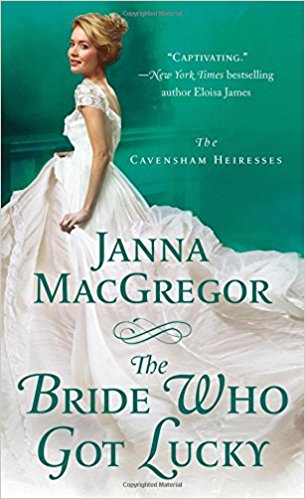 This is the second book that I have read by Janna McGregor. Her debut novel and first book in this series impressed me with her use of language and depth of emotion in the characters. This time, she brings those strengths to this book and adds a captivating plot with a mystery and revenge. Oh, and feminists! Read on.

Emma is desperate to prove that her best friend’s death was not an accident and to make sure the man responsible pays for his sins, but she might get in a bit over her head on this quest for revenge. Nick has something to prove to himself and to society, but whenever he is around Emma, his guard is down and he just wants to protect her. When she sets off on a mysterious scheme, he is compelled to do what he can to keep her safe.

What a heroine! Emma knows her own mind and what she wants, and will stop at nothing to get it. She is a feminist; she actually reminded me of some Courtney Milan heroines with her intelligence, self-worth, and passion. Sometimes she gets a little stubborn, but isn’t that how real people are? I love how Nick is so completely smitten by her that it changes him and makes him a better man in her presence. My only critique is that I would have liked to see the bad guy get his due in a more drastic, on-screen, fulfilling way, But, I like paranormal where the bad guy usually gets decapitated or something, so maybe that’s just my bloodlust talking. The heat level of this book is very nice for historical; there is one scene in particular that is so sensual and surprising… Don’t be fooled by the blushing bride on the cover. (wink) The character development and the development of the relationship is what I believe McGregor is best at, and she does it so well here. This is not one of those books where you wonder if they are right for one another or if they are only physically attracted to each other. The romance is built like a well-constructed tower to the point where you know they are the perfect fit, and no one else would do.

I am so excited that this new historical writer has answered a wonderful debut with an even more enjoyable follow-up. I will be reading Janna McGregor for years to come, and if you like historical romance, you should too. 5 stars 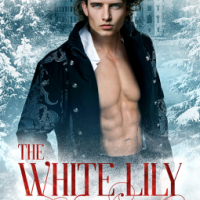